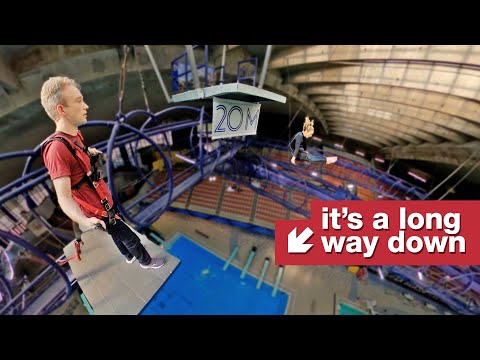 – Just to set your expectations: I'm not jumping from that tower today. And I'm not jumpingfrom that tower either. I am going up there and, frankly, I've seen theroute I've got to take, it looks terrifying enough. But that 20 meter platformis twice the height of the tallest Olympic standard board. If I jump from up there,.

I'd hit the water at about70 kilometers an hour. That's easy enough speedthat, with no training, I would be in hospital. I've even got to be harnessed inwhile I'm up there just in case. But that doesn't apply to Lysanne Richard, world class high diverand cliff diver who is going to show me the way up and then take the quick route down. And down here, safely at pool level,.

Someone from theMontreal Olympic Park's team is going to explain why theybuilt a board that high. – It's the biggestaquatic center in Canada. It's a facility that was builtfor the Olympics back in 1976 and it's also right now homeof Team Canada in many sports. It's also open to the public. – How long have you been training to be able to do this sort of thing? – I did gymnastic anddiving and circus before,.

But it's been already22 years that I'm a high diver. – And you were in Cirque du Soleil right? – Yes. I worked at Cirquedu Soleil for a while, but I never did divingwith Cirque du Soleil. – Okay. – It was completely renovated in 2015. Lysanne was well awareof the Olympic Center. She was also training here. So when we renovated,.

She looked at all thespace here and she said maybe you could put a highdiving platform there. And we started with a 18 meter platform. Then two years later she said,well, you know, I think you guys got roomfor a 20 meter platform. So we built a 20 meter platform, and we became the onlyplace in North America where people can perform highdiving in an interior space. Winter can be harsh sometime,.

But because we have this facility,they can train all year long. – So how do you learn to do this? do you just, like, work upfrom lower heights and- – Yeah! You do not do highdiving if somebody asks you. – Right. – Like, you really have to feel thatyou have to do it, you know? So just right here. – Okay. Up the ladder. Oh, I can feel the positivepressure, the heat…

There's air coming up through here! – Yeah, so this is the last chance ofchanging your mind! – Yeah, no, it's fine. I'm going to be harnessed in.It's okay. – Yeah – Let's go. – The structure that is herewas built initially because people needed to haveaccess to change the lights. The 12 and the 15 meters is attached.

To the platform that we have right here. But the 20 meter isattached through the roof. – I've got to be harnessed inup here with a lot of stuff. You just have a safety loop. – Because I'm an acrobat, I have the authorization togo only with the hand loop. – Right. Let's go. Oh, this platform bounces! – Yes. Because it bends, it's notgoing to break. All right!.

– Yeah. You are 15 meters upfrom the floor. – Okay. Lead the way. So how many times a day can you do this?'Cause it's got to be a physical strain. – Yeah. I do more of the complementarytraining than high diving. 'Cause I'm 41. At one point I hadenough impact on my body, so now I train everywhere else and I do high diving to perform. Depending of your age, of your injury,.

You can go a maximumsix times, by day. – Okay. – But you cannot do every dayand you cannot high dive every month. – It's that much strain on your body. – Yeah, because after high diving you need a recovery time, you know. – Because you're hittingthe water at what, 70 kilometers an hour,something like that? – Exactly. But in some of mychallenges, I go 27 meters,.

So it's pretty fast. And here, the water is warm,so it's easier on the body. But when we go outside or in competition- – Oh you might be cliff divinginto cold ocean? – Yeah, yeah. – We know that FINA, which is theFederation of Aquatic Sports, are working towards havingthis sport in the Olympics. So we said, well, we mightas well have the equipment. We also did the samething with skateboarding.

It makes it really safe, because they do not learntoo fast and have accidents. – Olympic Games last only two weeks. So what's happening when you pay more than a billion dollarsfor Olympic facilities? You need to think about the future. – You have a zip wire! – Yes. A zip line for this, and I also always putthe shoes down, I can-.

– And that's just fun,that is, that's- – I'm always jealous of my shoes. I would like to go “aaagh”! – We are able to be a placewhere they can practice but we can also host somecompetition, which is quite nice for a facility that was built 46 years ago. – This is the one bitwhere I'm not harnessed in. – Yeah. – Okay. There we go.

You're entirely unharnessed – Mm hmm. – And I've got twintails on.All right. – But you know, when we diveit's better to be unharnessed! – Yeah, yeah it is! Okay. I guess that's the onequestion I haven't asked, which is “why”. Why did youchoose to take this up? – At the beginning I wanted to do it because I felt brave and Iwanted to be one of the men.

'Cause at the beginning, no women were doing this sport, you know? So I wanted to prove thatwomen, we can make it. Then at one point I wanted to do it to help the sport progressand go to the Olympics, and help to build, to have thenext generation and to win. But now I do not need to compete anymore. I want to inspirate the people being involved intothe progress of the sport.

– This is where championsare built, right here, in those facilities, which arealso accessible to everybody. – (low voice) I don't want todistract her at this point but when you're up here,you do realize that is… that's a very long way down. [cheering]Woo! I'd applaud, but my hands are a bit busy. Right, I'm going to take theslow route down, it's safer. 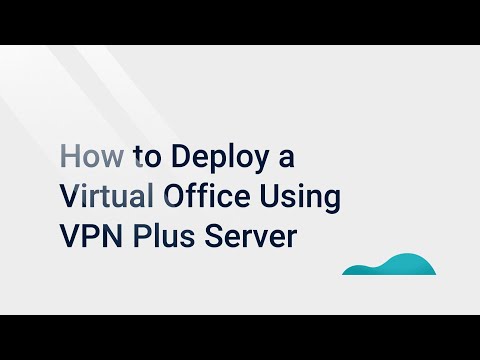