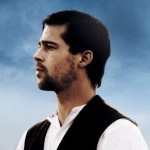 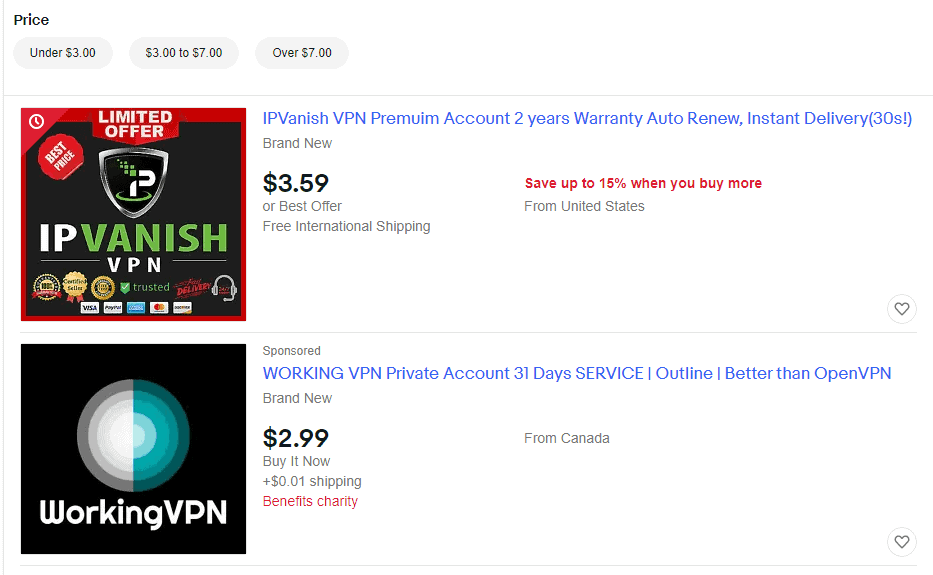 For some time now, trading of shared accounts for VPNs (as well as shared Steam accounts, Spotify etc.) has been flourishing on auction sites such as eBay and private websites easily found in Google. Opinions about such accounts on the Internet vary widely. So what can you expect when you buy such an account for a couple of bucks?

Contents hide
NordVPN accounts on eBay
Where do cheap VPN accounts listed on eBay come from?
So where to buy a legal VPN?

Take for example NordVPN accounts sold on eBay. NordVPN’s service costs roughly € 70-110 with a 1-3 year subscription. However, shared Nord accounts on eBay are sold at the most popular auctions for 3-6 euros/dollars for 1-2 years, sometimes even for “lifetime” access. Therefore, it is not possible for these accounts to be obtained legally.

NordVPN allows its Terms of Service to use your account on up to 6 devices simultaneously. If the seventh device tries to connect to the VPN server from the same NordVPN account, the oldest connected user will be disconnected from the server.

For this reason, such VPN accounts sold on eBay can be used simultaneously by up to 6 people / devices. In my opinion, there is no point in counting on the fact that the seller will provide only 6 buyers with one account – there will certainly be more, the overselling is common in these types of situations – even hosting companies (for websites) do.

Importantly, sellers on eBay stipulate that the login and password cannot be changed on the purchased shared account, as this may result in loss of the “guarantee” or account loss. Some also add that in the case of a broken account, they offer access to another as part of the complaint.

Where do cheap VPN accounts listed on eBay come from?

Regarding the source of the accounts – on many English-language forums on the Internet, you can buy entire pools of NordVPN accounts at prices such as $ 50 for 300 accounts or individually for $ 2-5. Hence, their origin seems quite obvious – they are stolen and cracked accounts, for which the password has been broken and changed, possibly also accounts purchased from stolen credit cards. All that puzzles is why NordVPN accounts are so popular with shady sellers. Sometimes you can also find accounts for ExpressVPN and other VPNs, but this is a definite minority. However, this may be due to the sheer popularity of Nord, which has by far the most users among VPNs.

By browsing the above offers and checking the topic even deeper, you can come to a simple conclusion that the accounts come from “hacked” databases. What is it about? When, for example, an internet forum is hacked, and the database of users registered there is leaked along with it, many passwords assigned to specific logins and email addresses are also leaked. These emails and passwords are then checked on various sites, including popular VPNs. If the user had the same email address and password on the unfortunate forum and in the VPN service he purchased, such an account lands, for example, for sale.

What’s the conclusion? It is worth remembering to use different passwords and emails on various forums and websites. And it’s not worth buying deceptive VPN accounts on eBay.

So where to buy a legal VPN?

You can check the ranking of VPN services prepared by us. We try to make it as objective and up to date as possible, because we use VPNs ourselves.

How to bypass “this video is unavailable in your country”?

How to schedule automatic shutdown of Windows?

How to bypass “this video is unavailable in your country”?

How to disable and enable the keyboard in a laptop?

How to play game on a second monitor in fullscreen mode?